I admit to watching the Parliament channel with Bercow (don't ask). Question Time played itself after His Dark Materials and some arts documentaries I watched on Friday evening.

I appreciate Morris's work to preserve historical buildings in London as I live in spacious conversions, while the "workers" are stack in shoebox paradise safely away from my (protected) skyline.
Top

On the waterfront? Is it carbon/methane neutral?

"Question Time' is a useless programme

On the waterfront? Is it carbon/methane neutral?

I doubt. In one there was a spa level with a swimming pool, jacuzzi and sauna. I sometimes visited the sauna (I covered the benches in towels to avoid catching folliculitis or other Helgefally transmitted diseases). Unfortunately no ice pond so cold shower had to do. The only people I met there were City boys who wanted to impress their one-night ladies. Otherwise it stood empty eating up energy, reminding me how much I wanted to go back to the forest and jump in the river :'-(

Maybe Morris wasn't a hypocrite, but - even if his intentions were sincere - he was the man of his people, not the people. Apropos the people, what I witnessed two weeks ago when doing some voluntary work screamed out even louder for divine punishment. A young, healthy man, claiming all sorts of benefits (he also claimed that he was a musician, which I struggled to believe, and complained that he spent too much on his 3 girlfriends who drink a lot). He lived on his own in a 2-bed flat (in its current condition it reminded me of Brazilian favelas, but it definitely had a potential). Previously he was a squatter and occupied in a group a building, which the council wanted to refurbish. Since they couldn't kick the squatters out in the street, they had to relocate them - each person to an independent council flat.
Top

"Wadin' through the waste stormy winter
And there's not a friend to help you through
Tryin' to stop the waves behind your eyeballs
Drop your reds, drop your greens and blues..." 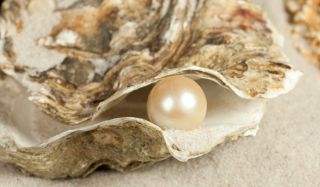 Another one for the chilly winter night collection.

Baba O'Riley - The Who

In case people did not get it, the Stones song was for Paul's mid-winter Brexit blues - as they were effectively exiles from the UK when they recorded "Exile on Main Street."

There were some very wild house parties in the South of France, to be sure, but they still managed to record this wonderful blues-gospel-rock and roll album, partly at Keith's villa.

As for The Who, yes it is a very familiar song, but no, it is not called "Teenage Wasteland." Hehe!

It is Baba O'Riley (and not O'Reilly either).

Full volume is perfect though. : )
Top

One more for the winter music series.

This is a lovely tribute to souls that were, that are, and that will be someday. : )

In the Garden of Souls - Vas

Can you hear what they are singing in 30:40 or is it just me?? For Chris sake, it's about the Holy Virgin!
Top

Can you hear what they are singing in 30:40 or is it just me?? For Chris sake, it's about the Holy Virgin!

Well, you have a very interesting mind when it comes to this sort of thing. So I checked it out and I do hear that now.

But I would not have thought that way before. ; )
Top

Thinking back to a concert some years ago...

Birdsongs of the Mesozoic - Ptocatta

Some might find it frustrating - with wild twists and turns sort of like King Crimson, can be abrasive, then soothing, then abrasive, then..., but BOTM are interesting....

If Eno has Music for Airports, I have Music for Bunkers.

exner, if you are out there watching, I know you will appreciate this little collection. : )
Top

and resolve to somethings that float and soar

a nice pairing with this:

well, you are right - it is becoming a music thread - where are the fiber arts? ha ha.

But I have been working on those too!

Why even put this stuff up on a quant forum, I'm really not sure anymore. But here we are... : D
Top

Who is online In total there are 6 users online :: 1 registered, 0 hidden and 5 guests
Users browsing this forum: Amin and 5 guests based on users active over the past 5 minutes
GZIP: On
×