Maybe you guys could give me some feedback on this song I never finished.I experimented with some different vocal styles, but they all seemed pretty weak. I don't know what direction to take it.Should I add the continuous funky bass I never got around to? Should I speed it up or slow it down? Should I clean up those vocals and go with them?I also thought about doing some authentic black/southern/slurred vocals. I even have a mellow trumpet track which isn't on there, but it was way too slow.???????MP
Top

To answer the original question: the reason 50 cent is everywhere is called marketing. He is a talented, but not exceptional rapper. He is not the best rapper since Tupac.greghm, do you work for his publicity firm?
Top

Comments on the unfinished track from MP:1) the vocals are too fast. This wouldn't be a problem necessarily by itself, but the vocals are WAY too fast. There is no variation in pitch, there is no variation in syllable stress, basically there is no cadence. The vocal track in a rap song should function first of all as a percussive instrument. You have to breath and allow some silence to exist in between the stresses. Is it just that you don't want anyone to know what you are saying?2) The instrumentation is too slow. It sounds like a short loop from an Aphex Twin track, maybe. Punch up the amount of drum beats in each measure. Clean up the dirty static sounding noise into something that sounds remotely like it could be produced on a novation or a roland.
Top

QuoteOriginally posted by: JabairuStorkTo answer the original question: the reason 50 cent is everywhere is called marketing.50 Cent is a very pretty man. The demographic buying his music is not the same people who bought Ice Cube "Death Certificate," or Public Enemy "Fear of a Black Planet."So the question is, why was 50 Cent marketed, instead of trying to push another gold-toothed wiseguy on us? The reason is the crossover appeal. Rap today isn't gangsta rap, it's R&B for teenagers.It's bubble-gum music; the Beatles with high-tech production tools.MP
Top

50 cent is an ex crack dealer that got shot 9 times and drove himself to the hospital.this is cooler: http://www.boston.com/news/globe/living ... grey_area/
Top

QuoteOriginally posted by: JabairuStorkthe vocals are WAY too fast. Is it just that you don't want anyone to know what you are saying? Clean up the dirty static sounding noise into something that sounds remotely like it could be produced on a novation or a roland.Oh Stork, you make it sound much better than it actually is MP
Last edited by abumazen on February 12th, 2004, 11:00 pm, edited 1 time in total.
Top

I will create a hip hop song about Wimott and all of the antics here soon, stay tuned.....I am going to call it, "Animal Math".
Top

Quotegreghm, do you work for his publicity firmno I don't think so, is he from Comcast/disney Quote50 Cent is a very pretty man. The demographic buying his music is not the same people who bought Ice Cube "Death Certificate," or Public Enemy "Fear of a Black Planet."The strange stuff about rap, is when it has to go global, it has to be supported by white audience, hence losing its support for da hood. NWA, Cypress Hill, Dr Dre (ex NWA), Ice Cube, went all ten times platinum thanks to their attraction of teens who usually listen to Rock, Metal or close to that. that's why some merged both of it, but reaching a smaller success. Cypress Hill evolved constantly throughout the albums, so were they able to do another Black Sunday, or had they to move toward hip hop, then fusion ?About Tupac, as many people, I did not know him before his tragic death, he has never been selling so many albums since his death
Top

still working on "Animal Math".....I think I am going to make it more sort of a slightly toned down Jungle-esque tune, maybe a little like an Afro-Celt System type of tune.
Top

MP, I like the vocals. I can understand what is being said and it doesn't sound like the speed is putting a strain on the vocalist (is that you?). I think a quick change of tone in certain sections (the rhymes?) would help make it more toneful, however that may affect the quality of the speed. Bass would be nice and I think the entire thing needs to be longer. As far as the speed of the vocals, I think it is just right, it would be really interesting if you even had a part (outro maybe?) that had even faster vocals. The beat is just a bit boring, I would add something more to that. But, I like the scratchy static sound, it makes it sound more grimy/underground.
Last edited by Man on February 14th, 2004, 11:00 pm, edited 1 time in total.
Top

21 Savage: Atlanta rapper really from UK, say US immigration, to be deported

The rapper, Shayaa Bin Abraham-Joseph, came to the US in July 2005 aged 12 and failed to leave when his visa expired a year later, officials said.
An Immigration and Customs Enforcement (ICE) spokesman said he was being held for removal proceedings.

And a rapper. That does not engender sympathy.
Top

The intro reminded me of...
My childhood crash and favourite comedy 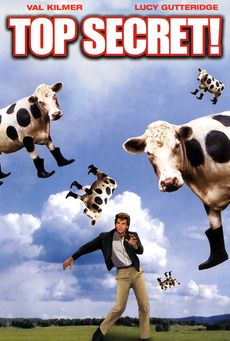