Every revolution has its collateral damage - China, France, Russia... at least this time only their statues are falling down. I think Heg and Grant smile from above.
Top

Iconoclasm is alive and well.

The Norwegian Orienteering Federation and the Norwegian government have produced an orienteering map covering about 2/3 of the country. As a former competitor in the sport I find it pretty awesome, although it might of course be an issue that used on a GPS enabled device it would entirely undermine the basic principles of orienteering. It can be explored at www.mapant.no/
Top

That's fantastic!
I have a question. Where on this map, near central Oslo, is a safe but close to nature place to live for a couple (a woman and a cat)? I know Norway has a reputation of a country safe for women, but I'm not entirely convinced after the not as cold as advertised attitudes of local Vikings towards me (I'm unlucky to still look quite young and, as I call it, approachably unattractive - not attractive enough to intimidate and not appalling enough to avoid). I've been followed in the street several times, regularly approached about my phone number, bought a month of daily vegan cappuccinos at my fav cafe, etc. Also, when interrogated I'm accused of lying about my professional credentials and "don't look like someone who has a PhD" (do you have certain physical requirements for that in Norway??).
The nice thing, though, is that everyone (apart from bearish

) gets my goofy sense of humour! (I know it's poor, but that's the thing!)
Top

I’ve been too far away for too long to offer up any real local knowledge. But, at least based on recent headline crime statistics, you might want to avoid the central neighborhoods around Akerselva (St. Hanshaugen, Grünerløkka, Sagene). Oslo has a pretty well defined East/West split, with the West side and near West suburbs skewing richer, whiter, and upper classier, with a dominance of single family homes compared to the more diverse, poorer apartment dwellers toward the East. You can definitely find locations with easy access to nature in both directions. Will you have a definite work location? Price and commuting tend to loom large in these exercises, and I don’t think Oslo is an exception in that regard. And, having seen pictures, I do get the “approachably unattractive” joke. Ha!
Top

Thanks for the info and the approval my best shot selection

I stayed in the Eastern part several times, unaware of its reputation, but maybe that explains the whole street bothering. I walked to the Munchmuseet and Naturhistoriskmuseet past the area which resembled my East London with lots of Asian shops and faces with different shades.
I will have to travel to downtown and fly abroad from time to time, otherwise I will roam the local forests and mountains

I plan to rent, as it's unlikely I will settle in Norway. Who knows, though. After all Teresa May called people like I "the citizens of Norway".
Top 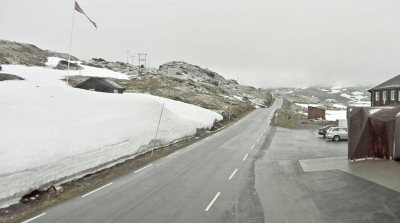 electricity price also went negative here yesterday, when snowing most Norwegians turn off air-condition! It is a reflex, they ignore that it is summer! I built out solar panel bank last year to save world from global warming, good now I am heavily taxed for doing so (pay to produce).

I always follow the calendar, shorts in june, july and august!
Top

Yes, I think it would be fair to say that the “unusual summer, snowing yesterday” comment was entirely malapropos relative to the linked story, which basically said that while there was snow in the forecast, not much actually came down.
Top