due to the corona crisis and danger of passivity at home I was early this summer setting up several boxing stations in my garden....hardly ever boxed before (only briefly )


so my boxing skills are considerably improved from close to zero, self learnt style... (lots of boxing equipment where sold out, so this is another side effect from corona, more people with boxing abilities) 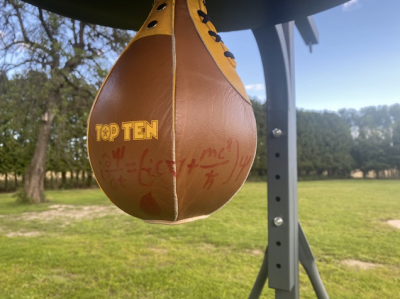 What happens if it rains in the dark?
Most judo guys don't know how to punch. Gotta do it by kiai. Hi-yah!, Aiyah!, Eeee-yah!, or Hyah!

BTW I think Mark Huizinga was the best Dutch judoka ever.

What happens if it rains in the dark?
Most judo guys don't know how to punch. Gotta do it by kiai. Hi-yah!, Aiyah!, Eeee-yah!, or Hyah!

BTW I think Mark Huizinga was the best Dutch judoka ever.

It gets very dark and that's how the frogs found the way to trackstar's cellar - phototransduction !
Top

A mixed martial arts fighter testifying at Derek Chauvin's trial told the court today that he told one of the other officers involved in George Floyd's fatal arrest: 'You'll shoot yourself in two years' time for what you did.'

Donald Winn Williams II, the prosecution's third witness who had yelled at Chauvin to check for a pulse and accused him of placing Floyd in what he called a 'kill choke', resumed his testimony on Tuesday morning after it was cut short on Monday. 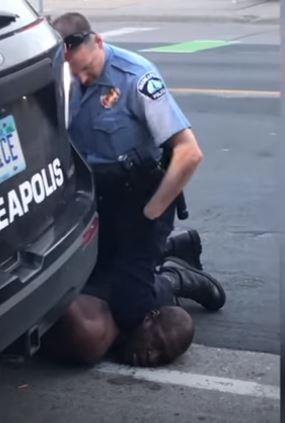 Chauvin had 18 complaints on his official record, two of which ended in discipline, including official letters of reprimand.[19] He had been involved in three police shootings, one of which was fatal.[16][20][21][22] According to the former owner of El Nuevo Rodeo, a Latin nightclub, Chauvin had worked there off duty as security while George Floyd was also working as security, but was not certain whether they knew each other.[23][24] The owner has been critical of Chauvin since his arrest, describing Chauvin's tactics as "overkill" and saying "Chauvin was unnecessarily aggressive on nights when the club had a black clientele, quelling fights by dousing the crowd with pepper spray and calling in several police squad cars as backup".[15] The owner also said Chauvin responded to fights by spraying the crowd with mace instead of dealing with those who were fighting.[discuss][25]
"Compatibility means deliberately repeating other people's mistakes."
David Wheeler