"We consider a thought experiment, equivalent to the Sagnac effect, where a light signal performs a round trip over a closed path. If special relativity (SR) adopts Einstein synchronization, the result of the experiment shows that the local light speed cannot be c in every section of the closed path. No inconsistencies are found when adopting absolute synchronization. Since Einstein and absolute synchronizations can be discriminated, the conventionality of the one-way speed of light holds no longer. Thus, as sustained by specialists, it might be a viable formulation of SR that reinstates the conservation of simultaneity, even though it allows for relativistic effects, such as time dilation. Such an approach may lead to the discovery of new effects and a better understanding of relativistic theories."

"Since Einstein and absolute synchronizations can be discriminated, the conventionality of the one-way speed of light holds no longer. "
Top 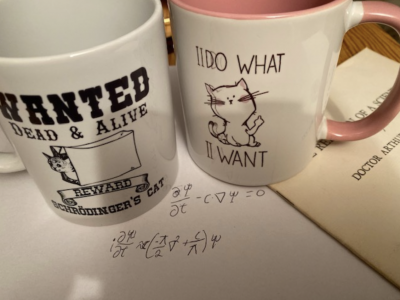 if they just had listened a little more to Albert!

""I too have many reasons to believe that the present quantum theory, inspite of its many successes, is far from the truth. The system reminds me a little of the system of delusion of an exceedingly Intelligent paranoiac concocted of incoherent elements of thought."  Albert.   Well, de Broglie shared Albert's skepticism even if Broglie was part of messing it all up, two humble guys.
Last edited by Collector on November 12th, 2019, 9:14 pm, edited 3 times in total.
Top

Everyone know Albert, few know the man behind the man

Paul Dirac is also here. AJ McConnell (far right) taught me some physics. Prof. Sheila Tinney was almost my mother-in-law. On Dirac's left was Eamon de Valera who was a mathematician and leader of the IRA during 1916 Easter Rising against Crown Forces. It was Dev who got Erwin + wife and mistress to Dublin. 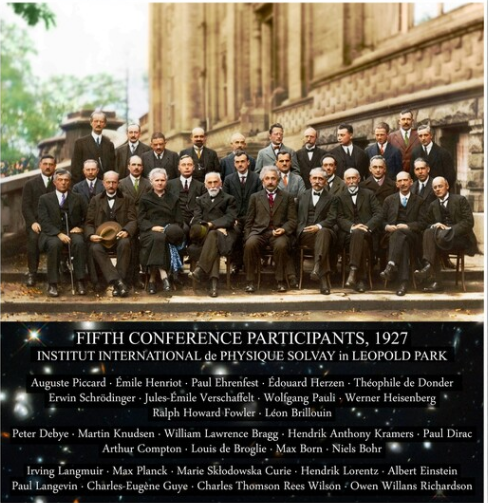 Who is online In total there are 33 users online :: 0 registered, 0 hidden and 33 guests
Users browsing this forum: No registered users and 33 guests based on users active over the past 5 minutes
GZIP: On
×