A stupid digital sound, based on Fourier method, is not only simply INCORRECT, but also IS HAZARDOUS TO HUMAN'S HEALTH:human-stress-provoked-by-digitized-recordings"Human Stress Provoked By Digitized Recordings"By John Diamond, M.D."...I have tested many thousands of phonograph recordings made over a period of more than eighty years, and have found that almost most examples have been therapeutic, often highly so.[3] In 1979 this changed. I suddenly found that I was not achieving the same therapeutic results as before, that playing records of the same compositions to the same patients was producing a completely contrary effect! Instead of their stress being reduced and their Life Energy being actuated, the opposite was occurring! For instance, music that I had long used to promote sleep now seemed to be actually aggravating the insomnia. I found in one case that instead of the music helping a patient withdraw from tranquilizers, it seemed to increase his need for them. Special tapes for businesspeople to use during their rest periods seemed suddenly to increase rather than reduce their stress. These findings were very alarming....."
Top

The Humans differ from dogs in that the humans really do like music.And the dogs do not care about the difference in sound quality, between dry digital sound and warm tube analogous vinyl."Popular Science""Why Your Music Files Sound Like Crap"http://www.popsci.com/science/article/2 ... nds-so-bad
Top

There is likely still much we do not know about sound waves and radio "waves":Sometimes it seems to make sense to cover your hut (or possibly cheaper just your bird head) in aluminiumfoils (prominent huts and heads naturally uses gold foils). Remember to ground your golden bird heads! QuoteMouritsen and his colleagues covered the huts with aluminium plates and electrically grounded them to cut out electromagnetic noise in frequencies ranging from 50 kilohertz to 5 megahertz ? which includes the range used for AM radio transmissions. The shielding reduced the intensity of the noise by about two orders of magnitude. Under those conditions, the birds were able to orient themselves.Electronics' noise disorients migratory birdsMan-made electromagnetic radiation disrupts robins' internal magnetic compasses. Why would carrier pigeons put on metal helmets, just for fun?
Last edited by Collector on December 24th, 2015, 11:00 pm, edited 1 time in total.
Top

why not this?
"Compatibility means deliberately repeating other people's mistakes."
David Wheeler

That would direct the waves too tightly - a funnel, not a filter.This golden bird (Horus) has an excellent filter:How did it work?
The spectacle is not a collection of images, but a social relation among people, mediated by images. - Guy Debord
Top

Actually, helmets are very poor shields. They create a resonant cavity that would concentrate RFI/EMI of particular frequencies as a function of the helmet's dimensions.
Top

QuoteOriginally posted by: Cuchulainnwell, how to defend against...Defense against Pagan Viking Death Metal? See some suggestions on my blog.
Last edited by trackstar on December 24th, 2015, 11:00 pm, edited 1 time in total.
The spectacle is not a collection of images, but a social relation among people, mediated by images. - Guy Debord
Top

Musician Neil Young about Steve Jobs:
"Steve Jobs was a pioneer of digital music, but when he went home he listened to vinyl," Young said during an interview at the D: Dive Into Media technology conference. He and Jobs were apparently both concerned with the dearth of high-quality listening formats for audiophiles, and the two men met to work on new hardware that could store the large music files Young prefers. Since Jobs's death in October, Young complained, there is "not much going on".
https://www.theguardian.com/music/2012/ ... steve-jobs

"New Steve Jobs Bio Claims He Hated Neil Young"
http://ultimateclassicrock.com/steve-jo ... eil-young/
"According to the Daily Beast, that's exactly what happened after Young went public with his distaste for lossy file formats. Quoting from the new biography Becoming Steve Jobs, which is written by Brent Schlender and Rick Tetzeli, the Beast offers a peek into how Jobs reacted after Young referred to iTunes' audio as "compromised."

"F--- Neil Young, and f--- his records," Jobs reportedly fumed, claiming he was angry because Young had the nerve to "pop off in public like that without coming to talk to us about his technical concerns first."
Also:
http://neilyoungnews.thrasherswheat.org ... -neil.html
https://www.fastcompany.com/3043685/thi ... steve-jobs

As well known, God punished Steve Jobs for this hypocrisy. 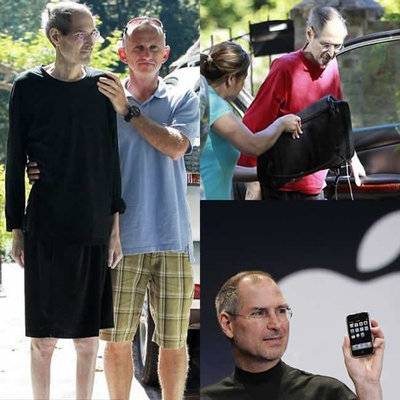 Add here the distortion of main pitch in recent 60 years. Pitch was shifted from 432 Hz to 440 Hz. The main contributor to this = BBC and ISO in Rome.
You can hear the difference: Also:
https://www.youtube.com/results?search_ ... +vs+432+hz
Top

The contribution into digital sound KILLS modern talented singers and musicians. They dont get satisfaction from the sound and then are going onto the drugs runaway.

"Dmitri Hvorostovsky died on 22 November 2017 in London after a two-and-a-half-year battle with brain cancer.[13] A service was held in Moscow on November 27. Hvorostovsky was cremated and some of his ashes were buried at the Novodevichy Cemetery in Moscow, and the rest in his hometown of Krasnoyarsk."
https://en.wikipedia.org/wiki/Dmitri_Hvorostovsky
Brain cancer is very common:
Hvorostovsky: 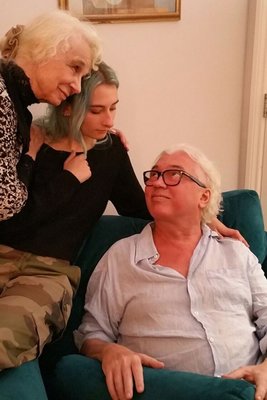