Pat said "Suppose there was a country, let's call it France, whose citizens decide that they'd really rather work 9 months a year, and they'd be happy to take a 25% cut in their income to do so. Not sure this is possible under free trade. "I think we are pointing to the same thing, i.e. quality of life, social dumping etc (I talked about cheap labour in other country), but at the end of the day it is the same effect: the country with cheap labour and lots of worning hours etc "win". And it is a "race to the bottom".What would some western advocates of free trade think of it if it was done under a non NATO country rather than under the US?
Top

I believe one of the proximate cause for the US civil war (at least one of the causes that got people to enlist in the Army) was that free men should not have to compete against slaves. Although, there is little slavery in the world (I hope), the principle stands.
Top

QuoteOriginally posted by: PatBack to the question:Consider a single country A.Which trade is good for country A, and which isn't good? Suppose we narrowed the question to one product, say a refrigerator. When would the net benefits (long term and short term) to country A of importing its refrigerators from country B exceed the net costs? Are these criteria different than the criteria "the dollar cost of refrigerators from country B are less than the dollar cost of the refrigerators made in country A"The biggest offsets in the short-term would be:1) elasticity of demand, which adds domestic jobs associated with refrigerator import, distribution, sales, service, and financing.2) exported capex to provide materials for foreign refrigerator factories (e.g., like Germany's machine tool industry)3) consumer surplus (like your France example, citizens might prefer cheaper appliances even if it means a somewhat smaller economy)4) reduced local environmental degradation from refrigerator manufacturingWhether these are "enough" would depend on the numbers.Long-term offsets are dependent on product innovation, manufacturing productivity improvements, and the development of new industries. Why must we assume that country A cannot improve it's refrigerator manufacturing (a combination of improved products, services, and productivity) to be competitive with country B? And maybe it's better that a country be pushed out of a mature, commodity industry (e.g., as when the US chip makers left the DRAM industry for the more profitable CPU industry).
Top

QuoteOriginally posted by: PatI believe one of the proximate cause for the US civil war (at least one of the causes that got people to enlist in the Army) was that free men should not have to compete against slaves. Although, there is little slavery in the world (I hope), the principle stands.'Slavery' is not what it used to be. I suppose one needs to define it and also what we understand by 'freedom'.
Last edited by Cuchulainn on December 18th, 2013, 11:00 pm, edited 1 time in total.
"Compatibility means deliberately repeating other people's mistakes."
David Wheeler

Let's use oil as an example of something that takes very little labor to make. It doesn't matter if it is made in another country for cheap, or comes out of the ground for free, the effect is the same. Suppose all the wells are owned by one person. Everyone else flips hamburgers. If you assume he can make oil basically for free, oil will be very cheap relative to hamburgers. Anybody who can make a hamburger, will be able to get all the oil he wants. Any time a good is abundant, it will make other goods, such as labor, relatively more scarce. If somebody starts selling cellphones for $1 on ebay, the price of old stamps does not go down.There is an exception to this. Suppose it is the job of the Fed to prop up the price of oil, or cellphones, or whatever, in the event it suddenly becomes easy to make, or to get from another country. It is only if they print money, and don't give it to people who labor, or don't use it to buy old stamps, that the natural advantages to scarcity will be interrupted. Normally the price of labor in units of oil, or the price of old stamps in units of cellphones, would go way up. But not if the Fed is printing money, and giving it to some third person other than the labor or stamp sellers, to buy oil and cellphones.What if you were the only guy sitting in a bar, and you talked some hooker down in price so that she was willing to go home with you for $10. But the moment before she does - the second you get up and begin to walk out at a price of $10 - the Fed sees this on the camera from the back room, and sends in a bunch of boys with hundred dollar bills to prop up the price of hookers. The boys aren't coming from overseas. They are coming from the Fed in the back room.When the Fed prints money to achieve price stability in oil (and if the CPI is "chain weighted" so that the price of oil matters more than the price of labor as the supply of oil rises), the oil doesn't get any cheaper relative to labor. You can't use your old stamps to trade for cellphones, because some third party has entered the market and bought all the cellphones with cash. The people with labor and old stamps don't get oil and cellphones, rather the people who get the cash get the oil and the labor and the cellphones and the old stamps.Put simply, the Fed is handing money to people who don't demand labor. Whereas if the Fed simply let prices of automated or imported goods drop in a fast deflationary washout, labor would find themselves standing on top of the pile of wreckage. And people who work would quickly start borrowing money to begin inflating the price of oil again, from the new, lower level. Nobody is in a better position to put the squeeze - or not - on makers of automated goods, or cheap imports, than the Fed. If you are a laborer, it is the Fed who has stepped in and ruined your negotiating position. It is the Fed who has snatched victory from the jaws of defeat for makers of automated goods and cheap exporters, and snatched victory from laborers.
Last edited by farmer on January 18th, 2014, 11:00 pm, edited 1 time in total.
Top

QuoteOriginally posted by: PatI believe one of the proximate cause for the US civil war (at least one of the causes that got people to enlist in the Army) was that free men should not have to compete against slaves. Although, there is little slavery in the world (I hope), the principle stands.one of the proximate cause for the US civil war was tariffs:the south was more agrarian, the north more industrial, the south used to export agricultural products to europe in exchange for manufactures, the north would rather the south buy northern manufactures, hence a series of tariffs such as the 1828 Tariff of Abominations, culminating in The Morrill Tariff of 1861
Top

I think the boom-bust cycle is the driver of growth and income mobility. There are going to be times when everyone who was qualified for a loan last year should no longer be qualified for a loan this year. And there may be a time when you have no idea who will be qualified for a loan next year, and nobody should get a loan, and there will be deflation as a consequence. When you artificially smooth the irregular animal of economic growth, you cannot print innovation. So you must be prolonging disinnovation, and prolonging the wealth of the idle rich. Price stability is not just a line on a chart, it is keeping people in business who are already in business, at almost any cost .
Top

What Would Happen if China Started Selling Off Its Treasury Portfolio?
Top

What Would Happen if China Started Selling Off Its Treasury Portfolio?

good things as well as bad.
China is alleged to be a currency manipulator.  If they crashed the dollar by selling Treasuries, their own currency would go through the roof and make Chinese goods more expensive in the US.
At least since WWII, and to some extent since WWI, USD has been the reserve currency of the world.
And what do you think will happen to the yuan value of china's US Treasuries?
Top

BTW How to look at the current US/China trade dispute e.g. does it finally come down to assessing US voters perception of the possible immediate negative effects on specific US sectors?
Top

"manufacturing' is a myth; should it be replaced by "assembly"?

How do you square this circle?

If there is just one anecdote that succinctly sums up the problems that Brexit and the threat of tariffs pose to the UK car industry, it is this: the story behind the crankshaft used in the BMW Mini, which crosses the Channel three times in a 2,000-mile journey before the finished car rolls off the production line.
A cast of the raw crankshaft – the part of the car that translates the movement of the pistons into the rotational motion required to move the vehicle – is made by a supplier based in France.
From there it is shipped to BMW’s Hams Hall plant in Warwickshire, where it is drilled and milled into shape. When that job is complete, each crankshaft is then sent back across the Channel to Munich, where it inserted into the engine.
From Munich, it is back to the Mini plant in Oxford, where the engine is then “married” with the car.
If the car is to be sold on the continent then the crankshaft, inside the finished motor, will cross the Channel for a fourth time. 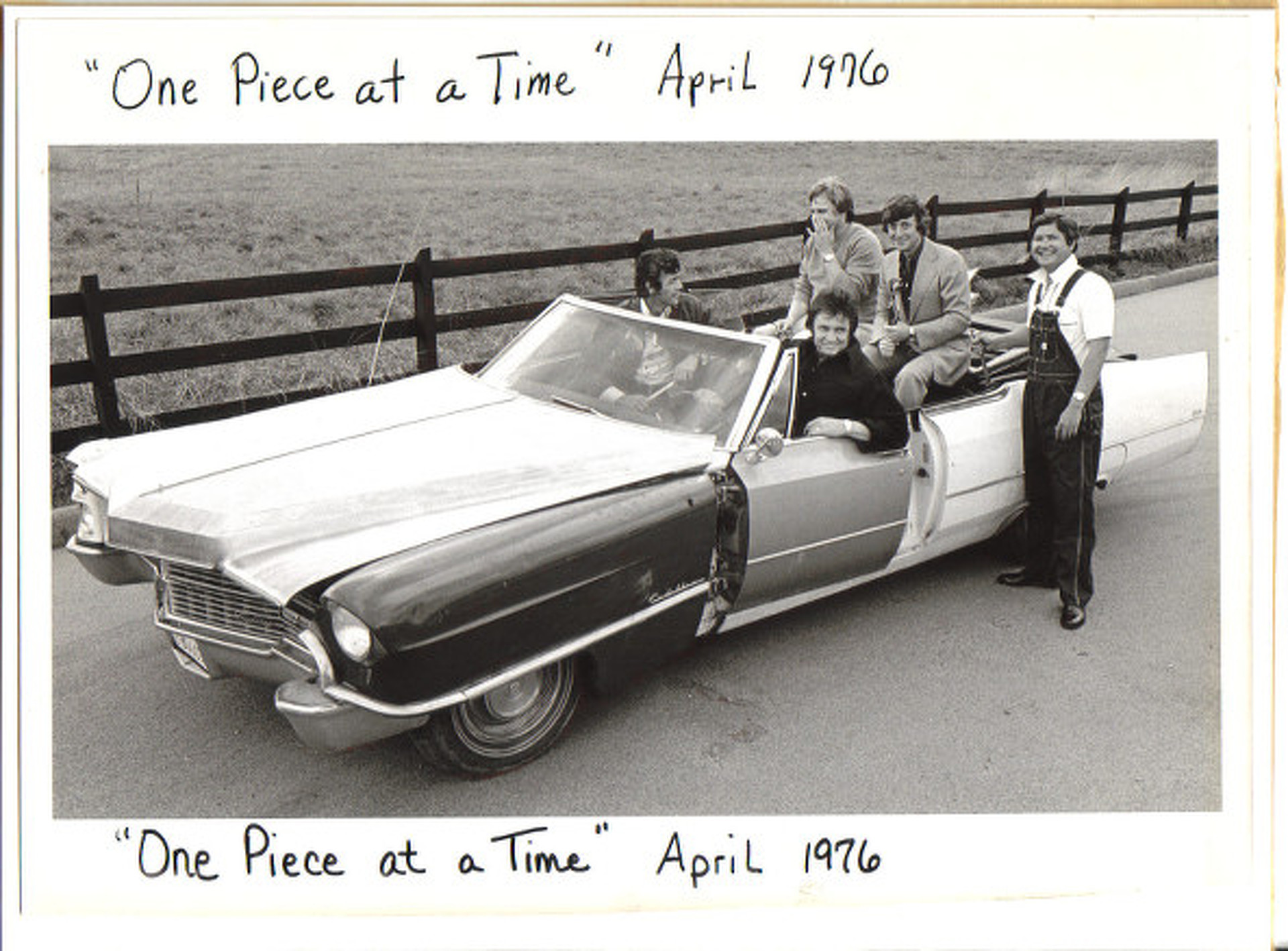 Sounds like a stupid way to make crankshafts. Expensive, inefficient, bad for the environment.
Top

Sounds like a stupid way to make crankshafts. Expensive, inefficient, bad for the environment.

It sure sounds that way, although I'm going to go out on a limb and guess that the engineers at BMW have given it some thought. Of course, I also wouldn't rule out that it is a grand scheme to harvest a variety of local subsidies and tax breaks...
Top

Sounds like a stupid way to make crankshafts. Expensive, inefficient, bad for the environment.

And the number of UK quants <<  number of non-UK quants?? Look at the average MFE group! This year I have 7 MSc students tp supervise; it's a record but 2 of them are British.
Last edited by Cuchulainn on July 7th, 2018, 1:33 pm, edited 1 time in total.
"Compatibility means deliberately repeating other people's mistakes."
David Wheeler