I was pretty good a long time ago, and have occasionally hit a few balls more recently, mostly with my daughters.
Top

I'm terrible. My joints are too weak. I wear ankle support on daily basis

Anyone of you guys cave diving?
Top

Everyone here is fine. A bit too much groupthink for my liking but not the worst I’ve seen.

For me "eugenics" is a symptom of intellectual elites turning into an pseudo-intellectual cesspool, and I develop an adequate psychosomatic reaction. It's never evident from the start: even Galton didn't announce himself as a racist, but rather a rightful rebel against nepotism and inherited privileges. Now we have a uni putting an dumb equal-opportunity puppets on the stage and holding secret eugenicists' meeting in the cellar, and then people like Sabisky appear in the government. It's creepy. But they fixed it quickly, and we're moving on.
In all fairness, I'm more focused on Johnson's politics, which I generally like (focus on Africa, who's in need of professional financial and legal services that the UK can fairly provide and establish a long term relationship with the growing economic power; promising sensible agriculture bill; new immigration rules; the Herculean act of sorting out HS2 ...).


It’s the bit you get in plastic bags. I’ve never seen it in the wild. In my trips To China I used to try to find the most disgusting things to eat. I discovered that the thought of what I was eating never bothered me. It was only if things were gristly that I had to force myself. And drink. Who would think that a warm drink made from sweetcorn would be offensive to my palate? So strange drinks and celery, those I struggle with! Oh, and then there was that deer antler tea in Seoul. That was not easy, but apparently gave a gentleman special powers.

I don't like them either! You won't be happy to read this, but such food and flavour preferences are supposedly genetically inherited traits

The Greek terms stand out. In part, they function as signifiers of social class within a long-established code of linguistic manners: a sprinkling of classical phrases marks one out as a product of an elite private school (in Johnson’s case, Eton) and therefore a proper toff. (Asked in June during the contest to replace Theresa May as Tory leader to name his political hero, Johnson chose Pericles of Athens.)
http://www.datasimfinancial.com
http://www.datasim.nl

Then there are others who like quoting Latin.
I wonder how many schools teach both Greek and Latin. Back in the day you were a rock star if you studied both.
http://www.datasimfinancial.com
http://www.datasim.nl

Caecilius in horto est. (And he’s been there for nearly half a century to my knowledge.)
Top

I found this opening line amusing: "The Daily Telegraph is a newspaper with a great past, a pathetic present and an uncertain future. Its ownership is in doubt. Its profits have plummeted. Its editorial slavishness to the prime minister has turned it into such a laughing stock that it is now widely known as the “Daily Boris”."
Top

That would be in the “We chose a different approach. Will you support it? I.e. we are broke, nobody reads us, please donate” Guardian!
Top

Sounds good to me; saves the arduous ferry journey. Finally, someone with vision. 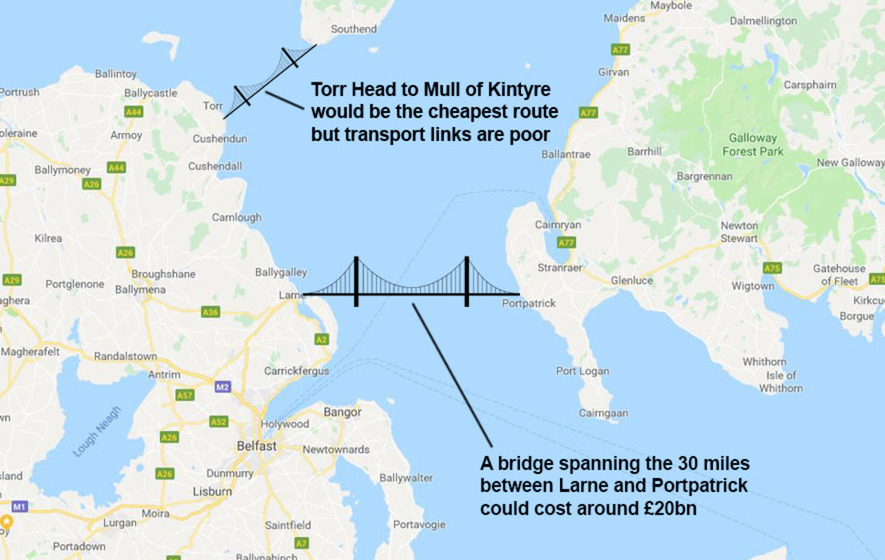 That would be in the “We chose a different approach. Will you support it? I.e. we are broke, nobody reads us, please donate” Guardian!

Sounds good to me; saves the arduous ferry journey. Finally, someone with vision.

Bridge engineers commenting on economics. Everybody is an expert on everything apart from their own job in this country... The Chinese should build it for as in form of reparations for the whole Covid mess.
Top